Up the butt, Bob

For those who don't remember the old Newlywed Game, that was a response to a question from Bob Eubanks when he asked the contestants (wives) where the strangest place was that they had the urge to make whoopee.

Actually, her answer used the word ass, if I can guess from the blooper.

Anyway, what could that possibly have to do with Princess Fancy Pants? Well, she met her new vet on Thursday for spring shots. The vet was very thorough and did a brief exam on all the horses, including a thermometer up the butt. But Princess Fancy Pants would have none of that!

So what was the next thing to work on with her? A thermometer up the butt. Good thing she's compact because I could both work on getting a thermometer, ahem, where the thermometer is supposed to go and give her cookies as a reward at the same time. I'll just put that on my list of things to keep working on.

In other news, I've put my new lunging cavesson on her along with a headstall and bit in her mouth and I've taken her for walks around the arena and back on the trails. She played with the bit a little at first but then had a very quiet mouth.

This morning I decided to take it one step further. Cavesson and headstall on - check. Saddle and pad on - check! She was very blase about the saddle and the only thing she did was to turn and sort of sniff and look at the girth. I walked her around the arena a few times, played with the flag (to which I have added a square of tarp due to a previous tarp scaredy-cat incident), took her picture and a short little video and that was that! 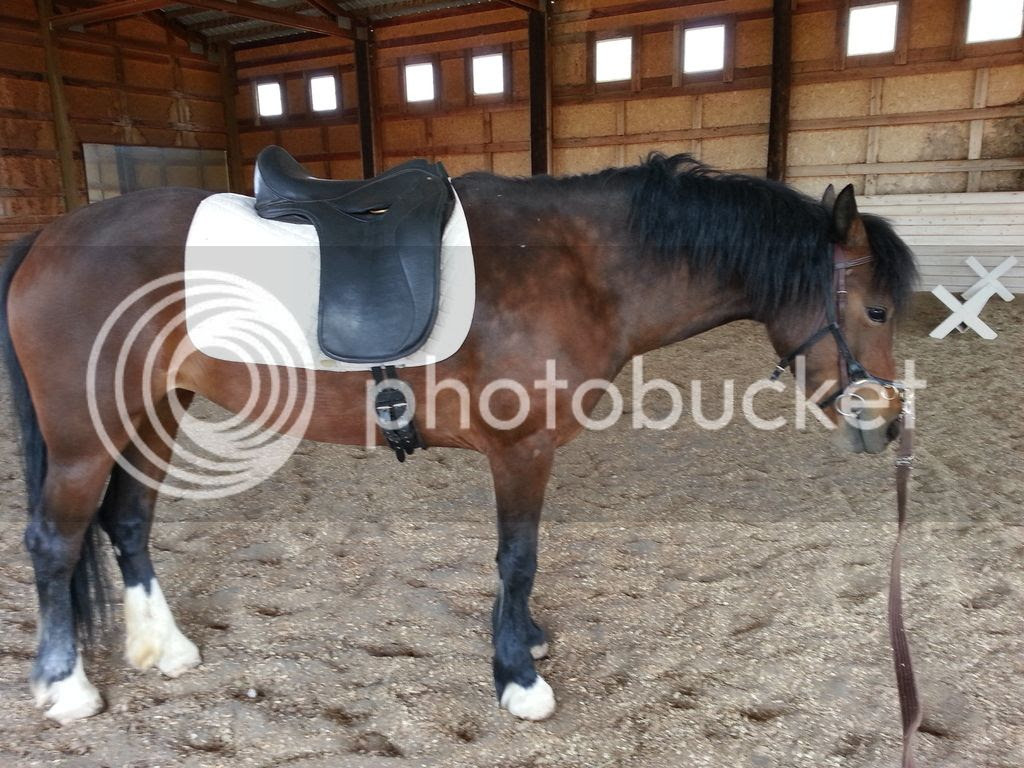